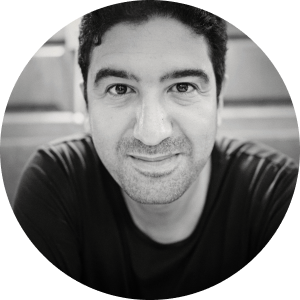 In the 80’s I was a hacker discovering the world of blue boxes (phone phreaking), creating my first Minitel server and later one of the first BBS connected to the PreInternet.

In the 90’s I was a journalist covering the rise of the Cyber Culture during the day and the rise of the world wide web at Night. John Perry Barlow my mentor at the time introduced me to the world of VR, the Burning man culture and the temporary autonomous zone.

At the university I have built one of the first website in 1993 in exchange for full access to the Internet at Night. I have experimented what was probably the first techno music radio to stream online. Then I left to Silicon Valley to work for a subsidiary of Sun Microsystem and Thomson to work on the specification of one of the first TV web browser. With the help of a few  friends, we created the first independent website manifesto, and later the first independent media search engine (rezo.net that is now operated by someone else), at the same time I launched with bok.net, perdu.com voted by Yahoo one of the most bizarre website. I participated also in the creation of nirvanet.net, an early digital situationist portal in the late 90s.

In the late 90s and 2000’s I decided to operate the first music blog and mp3 platform  mptrois.com that later migrated to become the first tech blog dedicated to the new digital culture : generationmp3. While advising the independent music and movie industry, I decided to work with several activist on the protection of digital privacy and  offert to internet user targeted for downloading mp3s, a free legal protection. With one of the main artist right company, I worked to change the law to make mp3 downloading legal and protect the Internet users from lawsuits and the restriction of copy with Digital Right Management technologies.

In 2005, I launched netvibes, one of the first start page and web app using widgets. It was one of the most popular web application build from Europe in the US. Build initially from a coffee place in Paris, this application became the third start page in the US and was available in more than 100 countries. More than 1000 media were using our technology. We were nominated  and won the first crunchie award for International startup. We also won Time best 50 tech products and dozens of awards around the world. After an attempt from one of my angel investor to kill an offer from Google to purchase us, and a change of strategy from the board from B2C to B2B I decided to leave the company. As I had predicted, the company was later sold to Dassault System for a smaller amount than initially offered 6 years prior.

In 2008 I was elected a Young Global Leader from the world economic forum.

In 2008 I decided to create with Romain Huet Jolicloud, and build the Jolibook, the first internet based computer build alongside its own personal and cloud. This project was backed by Atomico and Mangrove. Despite their support and the successful release of our first product batch, the introduction Pad and the Google Chromebook forced us to stop our operations.

In 2015, after the Paris Attack I decided to leave the world of traditional tech to focus on the ethical renaissance of the Internet.

In 2019, I have launched Polite.one, a studio focused on Tech with good manners and the relaunch of The Library, a subscription only platform that I have been working with a small team on my spare time.

In 2020 I am also working on a new course called “Hackers, Cyberpunk and the new digital frontier” and I am looking for interesting ideas and projects around digital resilience to collaborate with.